God sees value in Everybody

even people who others consider useless 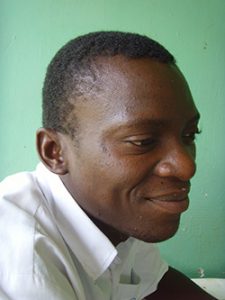 “In November 2001 I joined Kingdom Life Ministry. I felt it was hard for me to go and work for a white. I didn’t have much spoken English and I felt threatened. I feared to make mistakes because I might not understand what Sister asked me to do. If I made mistakes what would happen to me? Inside I said to myself, let me try and see. I will work hard to do Sister good but what if I can’t? I started to pick up what Sister said and so I began to know what to do. Sister was teaching me everything.

The boys called me “Uncle” and I felt honoured. The boys respected me. They were big boys, some taller than me but they listened to what I said and did what I asked. I never feared the boys as others did and I became their big brother and their friend. I knew if anything went wrong that Sister was there. She was my security. When new boys came they respected me too. I think they picked it up from the older ones. Sister didn’t treat me as a houseboy but as a fellow worker. We moved together and she often asked me what to do. I felt valued…

Kasambira Miracle: The Story of Janet Robinson – eBook coming May 2018

In 1998 a midwife in England, Janet Robinson, recently retired due to disability, responded to the call from God to sell up and travel to Uganda which was impoverished after years of dictatorship.

Just what can God achieve through a retired, disabled yet obedient midwife? Read Janet’s amazing story in her upcoming book.